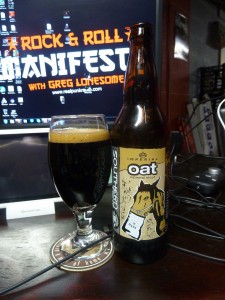 Tonight was the first of a series of shows where I play an original song and then a cover version of it. I’m sure I could do quite a few of these shows, but I’ll probably just do one or two more. Next week I will be back with a normal show, though. Thanks to Jerry for the name.

Had some news tonight about a new show I’ll be doing once in a while over at Thumbin’ Radio, more news about some upcoming t-shirts, a great Beer Minute from Southern Tier, and another Beer Minute going out to Dan and Pete, who gave me great reviews in iTunes. Thanks, guys! Much appreciated.

Hope you all enjoy the selection of songs and covers. See ya next week.