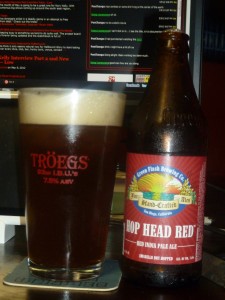 Tonight’s Manifesto was all about mental issues: nervous breakdowns, insanity, panic attacks, depression, psychosis, madness, etc. It was kind of a last minute decision so it wasn’t planned out as well as it could have been, but I think it got the point across and included some really great music encompassing these very real subjects that so many people deal with.

Tonight’s Beer Minute was a so-called “Red India Pale Ale” that should have just left well enough alone and called itself a Red Ale. An IPA it was not! Still good, but not an IPA.