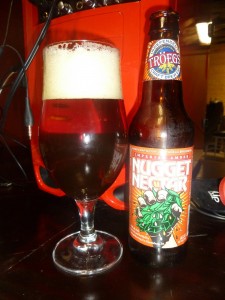 The Manifesto started a bit early tonight since there was no Burrito Electrico. So, I started out in normal Rock N Roll Manifesto fashion, and then the Beer Show started about 30 minutes in.

I smuggled some beers to Mag and Gentleman Matt that they can’t get out there in California and we had some live tastings on the air. The beers I sent them were Troegs Nugget Nectar (an imperial amber ale) and Souther Tier 2x Stout (a double milk stout). This was a fun experiment for us, and I’m sure we’ll be doing it again in reverse, after they send me some beers. We hope you enjoy it as well. We did play some music here and there, and I tricked Mag into liking a Dwarves song (Yay!).