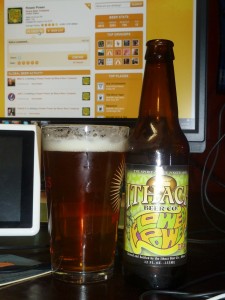 No theme tonight, just a bit of the usual, which was a lot of fun, especially since I got to go overtime and take some requests from the chat. Early on, I played a set by the Flash Boys, who were kind enough to send me some tracks from their newest album to play on the show. What a great band! A big thanks to them for sending me some stuff to play. Make sure you check them out and buy both of their records! Tonight’s Beer Minute was a great East Coast IPA with West Coast flava. That’s right, I said “flava.”

I had so much fun doing requests tonight that I decided that next week is going to be an “All Request Weekend” show, meaning all the songs will be requests from you, my loyal listeners. So, make sure you hit me up on Facebook, Twitter, here on the blog, or email me. Send me as many requests as you want. I’m sure I won’t have that many people sending me requests anyway, and I might not have everything you request, either. So, send me a list and I’ll do what I can!