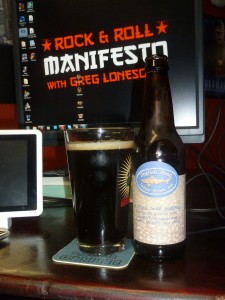 Back to the same old routine of playing whatever I feel like playing. I tried to play some stuff this week I hadn’t played in a while. Of course, I always try to do that, I just don’t always succeed. I had some requests from the chat which I’m always happy to oblige, an unexpected visit from my Aunt, and two separate Beer Minutes, featuring an Indian Brown Ale and an Imperial Stout. Pretty much what you would expect from a Rock N Roll Manifesto, I suppose. Hope you dig it.