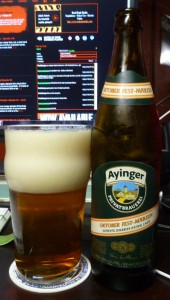 A spin off of the “Protest Songs” show, tonight’s episode was all about the men in blue. Cops, pigs, the fuzz, whatever you want to call them. Police states, police brutality, martial law, it’s all covered here and then some.

Also, since Oktoberfest is in full swing, I decided to have a Bavarian Märzenbier for the Beer Minute, and then followed that up with two local offerings brewed in the same style.

Next week’s show will be back to the usual, all-over-the-place format. I will have two new tracks from Switchblade Cheetah and possibly a new one from Gag Order. Exciting stuff!