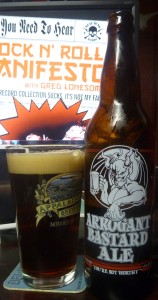 Over the weekend I watched the documentary, “A Band Called Death,” so I wanted to talk a bit about it, and play some tracks from Death and Rough Francis. The movie really is a must-see if you’re a music fan. Check it out at abandcalleddeath.com.

Yesterday, I singled out some regular listeners on Twitter and asked them if they had any requests. The response was great, and it basically helped me to fill out the rest of the show. Throw in a Beer Minute and Brats in Leather Jackets and you have 2 hours of great music!

Big thanks to Bobby from Rough Francis and Russell, Ed, Scot, Robert and Dan for the requests.