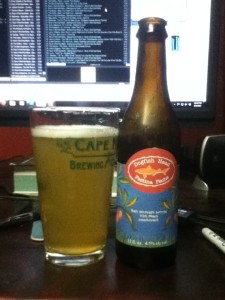 The Manifesto is back with another installment of Cover Your Ass, original songs backed with cover versions- some straight, some completely different. You may like the original better, or maybe the cover. Either way, I hope you dig the stuff I’ve picked out, and I’ll be back live next week.

Sorry for the crappy beer picture, my wife has the camera.

Just realized that I played a set of songs that I’ve played before in the Cover Your Ass series, so I edited them out, which will make the episode slightly shorter than it would have been. Damn my brain!