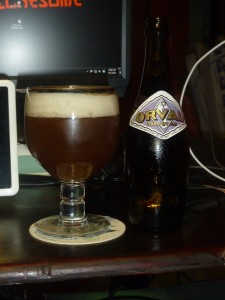 110 songs in just over 2 hours. No song longer than 1 minute, 15 seconds. Lots of hardcore and punk rock, but also some country, psychobilly and more! This was a fun experiment in broadcasting and a lot harder than I thought it would be. I couldn’t fit all the songs into my 2 hour live time slot, because I forgot to take into consideration that I would be talking about 3 times as many songs as I do normally. It all worked out, though, I just kept the recorder running until I played all the songs I had picked out. Somehow I thought it was 111, but the final count was actually 110. Add in a Brats in Leather Jackets segment and Two Beer Minutes featuring a Trappist Ale and a local Pale Ale, and you’ve got a jam packed show! I hope you dig it.